the Jerusalem Post said, “We were told by the army’s military censor to remove that part of the story.” 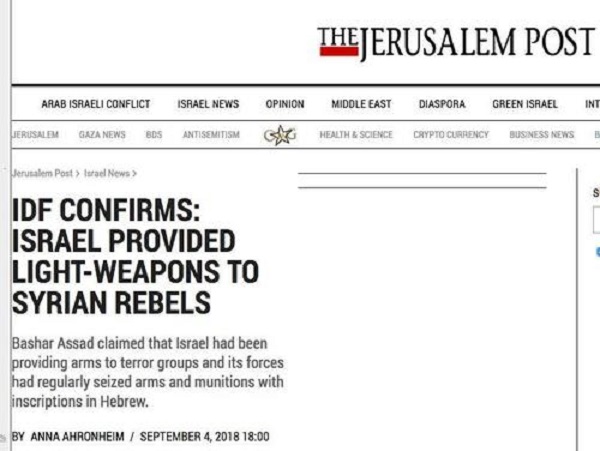 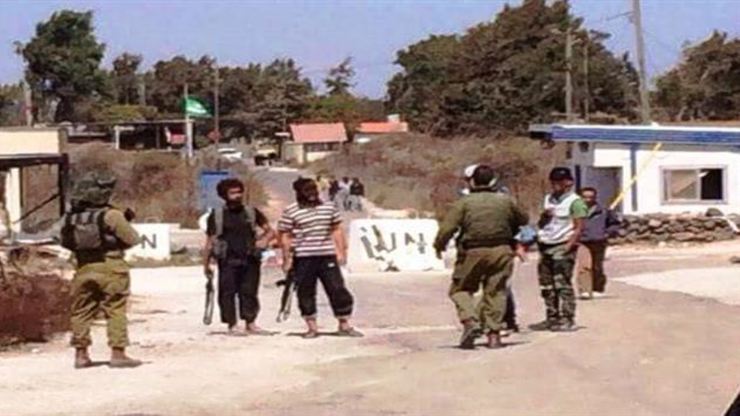 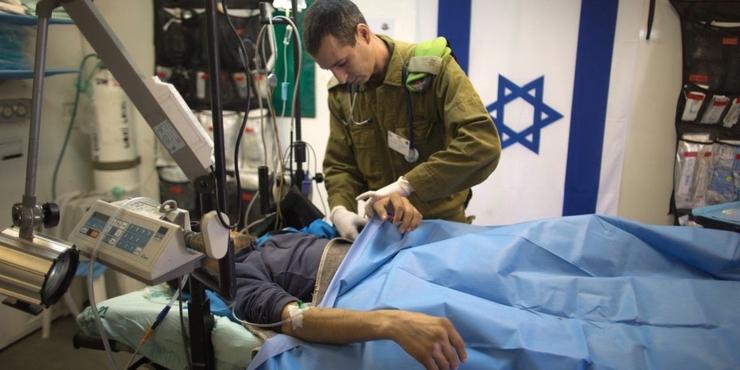 The Jerusalem Post has removed an ‘explosive report’ confirming the Israeli military supplied light weapons and ammunition to Syrian militants or ‘rebels’ in Syria’s Golan Heights.

The weapons arrangement was under the cover of the IDF’s “Operation Good Neighbor” program, portrayed as a humanitarian mission. Israel has been using these groups to keep Hezbollah away from the Golan Heights. 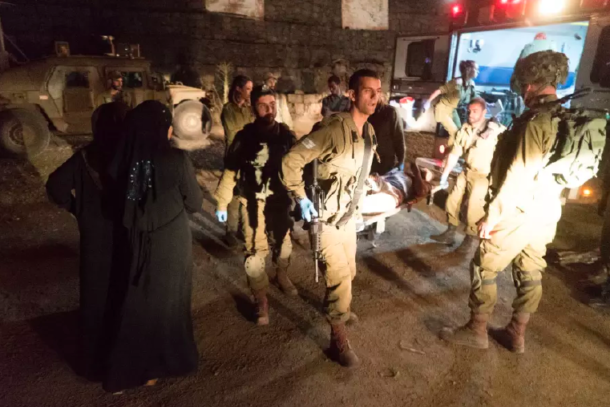 This is the original photo attached to the JPost report that was pulled:

This isn’t the first time the newspaper has written about collaboration between Israel and Syrian ‘rebels’. In 2014, it published an article based on UN-documented findings.

21WIRE has previously reported not only on this fact but how Israel’s coordination has extended to ISIS inside Syria. Case in point, you will never see Israel attacking ISIS on the battlefield.

The Syrian conflict continues to this day to be a proxy war, pitting various foreign ‘national interests’ against one another, including US vs. Syria, US vs Iran, Saudi Arabia vs Syria, Qatar vs. Syria, Turkey vs. Kurdistan and Iran vs. Israel – to name only a few.

Based on the swift crackdown on the media by the IDF, it’s clear this is yet another example of an ‘open dirty secret’ in Syria that Israel does not want you to see.

A cached version of the JPost article on Google is no longer available as of this morning. (Update: an archived web version is available here.) A screengrab of the full article is provided below: 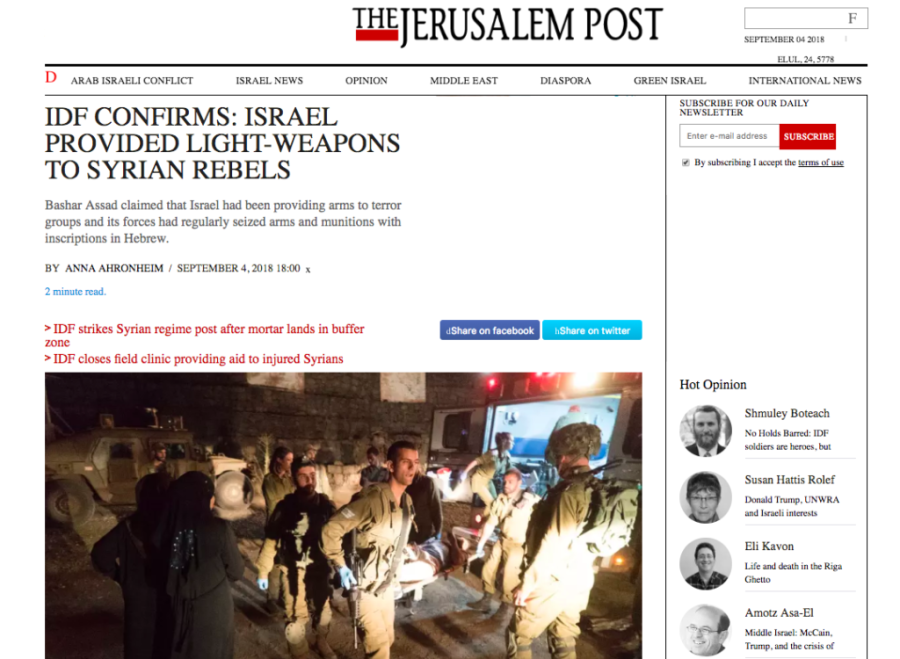 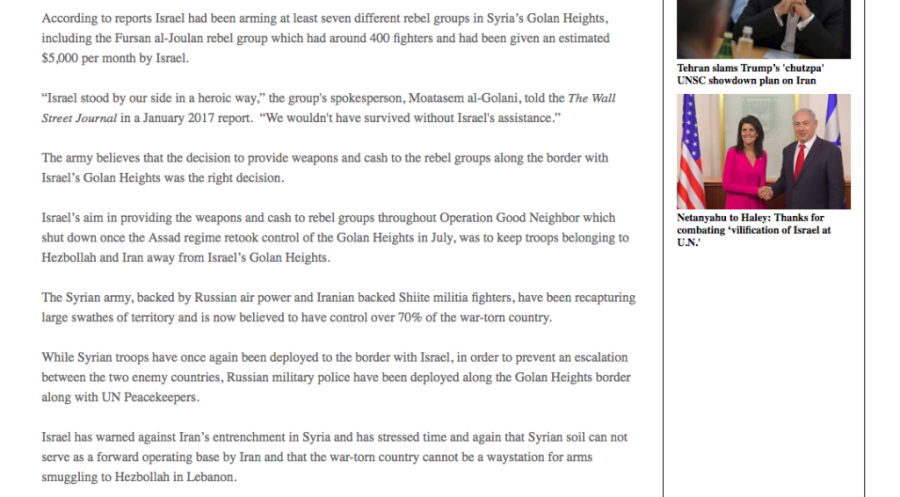 TheJerusalem Post has confirmed it was told to remove a story on Israel providing weapons and supplies to anti-Assad factions fighting in Syria by the Israeli army’s military censor.

In a written statement to RT News, the Jerusalem Post said, “We were told by the army’s military censor to remove that part of the story.”

It’s been long known that Israel has assisted armed groups seeking to topple the Syrian government, especially those operating in Syria’s south and along the Golan Heights region throughout the past years of the war.

But the report, ‘IDF confirms: Israel provided light-weapons to Syrian rebels,’ is the first time the IDF publicly acknowledged the program, which involved the transfer of significant amounts of cash, weapons and ammunition to militants operating near the border with Israel. The bombshell report was removed from the Jerusalem Post’s website a mere hours after publication, but can still be accessed using Google cache.

The now censored article explicitly negates prior claims by the IDF that it had not intervened in the war in Syria, and further confirmed that prior charges made by President Assad that the Syrian Army had routinely recovered weapons and supplies with Hebrew inscriptions from insurgent positions were in reality accurate even though widely dismissed at the time in international media.

The cached piece begins by highlighting that “Bashar Assad claimed that Israel had been providing arms to terror groups and its forces had regularly seized arms and munitions with inscriptions in Hebrew.”

And it goes on to confirm that this was indeed the case, saying the IDF “on Monday confirmed that as part of Operation Good Neighbor Israel had been regularly supplying Syrian rebels near its border with light weapons and ammunition in order to defend themselves from attacks and a substantial amount of cash to buy additional arms.”

The Jerusalem Post’s statement to RT confirming the take down noted it was “for security reasons evidently.”

The report further detailed that “Israel had been arming at least seven different rebel groups in Syria’s Golan Heights, including the Fursan al-Joulan rebel group which had around 400 fighters and had been given an estimated $5,000 per month by Israel.” The IDF had called its long-running assistance to the groups, many of which have had an established history of cooperation with al-Qaeda, “the right decision”.

Meanwhile, in a separate Jerusalem Post story published at the start of this week, the IDF admitted that Israel has carried out over 200 strikes on targets inside Syria during the past year and a half. The report claimed these were primarily missions against Iranian targets and assets in the country.